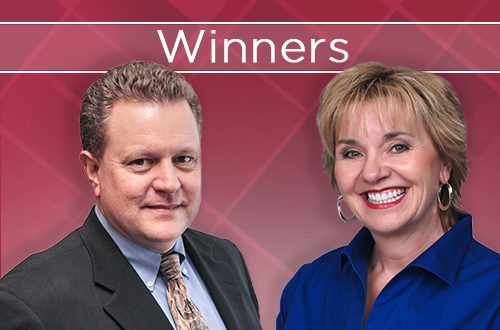 Robertson Ryan & Associates once again has agents recognized as Five Star Award winners. Agents were nominated by a client for a transaction in the last 6 months and nominations put each candidate in a pool of nominees in Southeast Wisconsin. Five Star reviewed the nominees and selected insurance agents who demonstrated career excellence to win. In 2016 there were 70 agents in greater Milwaukee selected as winners, and that number for 2017 was only 39 due to even stronger vetting.

Allan Degner, Vice President of Marketing at Robertson Ryan & Associates said, “Robertson Ryan is extremely proud of Kim Acheson and James Dunker for being recognized by Milwaukee Magazine and the Five Star Awards program. We would like to congratulate Kim on her sixth win and James on his second win, and for being 2 of only 39 agents selected. Being recognized as a Five Star agent demonstrates their unwavering dedication to their insureds. We recognize that along the side of every successful agent is a strong service team. We praise everyone who was a part of helping Kim and James win their awards and make Robertson Ryan look good each and every day.”