Home > About Us > Our Team > Dave Burkart 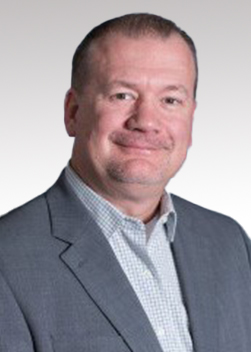 Dave began his insurance career as a claim adjuster for Milwaukee (now Kemper) Insurance and was an owner of Burkart-Heisdorf Insurance Agency in Sheboygan, WI. In 2008 he co-founded and became a partner in AdvisorNet Property & Casualty where he manages the commercial insurance division. Then in September 2019, AdvisorNet Property & Casualty became an Affiliate of Robertson Ryan & Associates.

Dave is a graduate of the University of Wisconsin-Milwaukee and holds the Chartered Property and Casualty Underwriter (CPCU) and Accredited Advisor in Insurance (AAI) designations. Dave and his wife Hayley, a public-school teen parenting educator, have four grown children and live in Sheboygan. Dave is a volunteer at the Stefanie H. Weill Center for the Performing Arts and a member of Elks Lodge 299 but his real passion is teaching his three grandchildren to love fishing, Wisconsin sports, and Star Wars as much as he does.