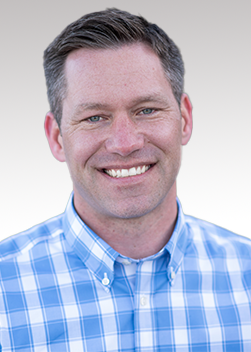 Dan graduated from the University of Wisconsin Whitewater with a Bachelor’s degree in Administration, Finance. He began his insurance career in 2005 as a Commercial Lines Underwriter at West Bend Mutual Insurance Company. In 2011 Dan became the Wisconsin Territory Manager with Liberty Mutual Insurance. In this role he managed agency relationships, appointed and cancelled agency contracts and was active in presentations for both renewals and service. As a believer in making a positive impact, Dan has continuously served on various committees to improve company efficiencies.

In 2014 Dan joined Robertson Ryan & Associates as the Insurance Placement Manger and was responsible for overseeing commercial insurance placement. Dan has always taken on new projects and roles and is eager to help lead positive change and measurable growth at Robertson Ryan. In January of 2019 Dan was promoted to VP of Operations and in July 2021 was once again promoted to Chief Operating Officer. He serves on the Executive Leadership Team and is responsible for carrier and agent relations, agency technology and overall firm operations and advancement.

Since 2011 Dan has been actively involved in serving and giving back to the independent agency network through the Independent Insurance Agents of Wisconsin (IIAW). He is on their Board of Directors and is Past Chair of the Emerging Leaders Committee.

Dan resides in Mukwonago, WI with his two children and is very active in their interests. He is a Cub Scout den leader for his son’s pack and coach for his daughter’s soccer team.